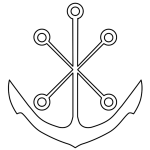 An article about the most fearsome, disjointed, totally not collectively organized, group without a singular purpose, having no overarching leadership, Omneutta has ever seen!

Because what’s life without a little music, right? Enjoy In Extremis’ newest YouTube Single, out today, and linked above. You can even get the desktop over on the Media page.

Survey: Plundered Poria: A leaked report from within the Poria government on an attack by the pirate Skeli. The full title of this report is Survey: On the Likely-Before-Time Artifacts Plundered Near Egur-Hlasarl